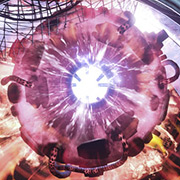 Couch co-op. Also known as split screen. Also known as one of the best things that could happen to Destiny, in my opinion. What do you guys think? Should Bungie add a splitscreen mode, so you can play with a friend from the same console? [spoiler]FYI.... All the big multiplayer games (COD, BF...) have them. Just something to think about.[/spoiler] Post you thought :) K.
English
#Destiny #coop #splitscreen
Comentar Responder Iniciar tópico
Denunciar