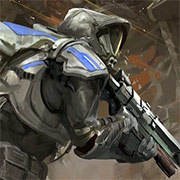 Many male marsupials have death by Snoo Snoo

[quote]A new study suggests that some species of marsupials mate with such vigour and intensity that it quite literally kills them. The scientists say that males die in large numbers after mating with as many partners as possible in sex sessions lasting up to 14 hours at a time. A key factor in this costly coitus is the promiscuous behaviour of females who all breed at the same time of year. The study is published in the journal PNAS. Suicidal reproduction or semelparity is well known in many species of plants and fish but is rare in mammals. This new study looks at the mating behaviour of 52 different species of small, insect eating marsupials in Australia, South America and Papua New Guinea. They found that in some of these animals, such as the antechinus, the phascogale and the dasykaluta, male attempts to father offspring cost them their lives.[/quote] A lot of animals seem to enjoy killing each other after sex, wonder why?
English
#Offtopic #Flood #News #sex #nature #animal
Comment Reply Start Topic
Report