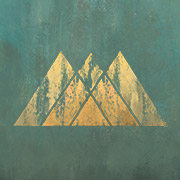 If only you could see what I have seen with your eyes.

I've seen things you people wouldn't believe. Attack ships on fire off the shoulder of Orion. I rode on the back decks of a blinker and watched C-beams glitter in the dark, near the Tannhäuser Gate. All those moments will be lost in time, like tears in rain. Time to die. [•] Beyond Light’s Conflux is looking for like-minded guardians to pursue starside operations. Whether it be to the benefit of lengthy endeavours, timeless explorations, short term deeds or replenishment tasks… and most significantly, to willingly teach, learn and relish moments shared between each other. You stand firmly by the five hallmarks of a guardian oath, as they are key to any mutual involvement. You relate to the original clan’s quote, to its context, its vessel, its meaning and the epoch in which it first originated as well as where it recently was evolved.
English
#PvP #teamwork #pve #Clans #farm #casual
Comment Reply Start Topic
Report