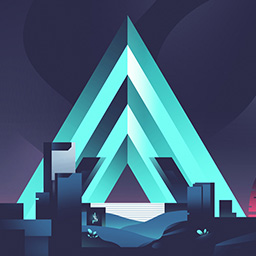 How to Bring Random Weapon Rolls into Destiny 2

Hello Everyone, I have an idea for bringing random weapon rolls for legendary weapons into Destiny 2 without changing the game too much. It's a little complicated, but I think it might work. So here it is: * [b]Top-tier gear such as Raid and Trials of the Nine weapons feature completely static rolls[/b], but the perks will be Raid/Trials related, like in Destiny 1. Since they have set rolls, the perks should make all these weapons extremely powerful, inside and outside of the activity they drop from. This would make them sought-after and would get more people to grind the harder activities. However, since they have static rolls, Bungie would have to decrease their drop-rate, and put in a system that decreases the likelihood of getting the same weapon multiple times. **Ex- Ghost Primus (raid auto rifle) will drop with a static roll, but it would have perks that make it better to use in the raid over a normal legendary. It would come with a perk like "Does more damage to bathers during the bathhouse part of the raid. *[b]Middle-tier weapons (Faction, Iron Banner, Vanguard, Crucible) feature set perks, but randomized traits[/b]. **Ex- [i]Origin Story[/i] (Vanguard auto rifle) has the trait "Precision Frame." [i]Guiding Star[/i] (Dead Orbit auto rifle) has the trait "Rapid-Fire Frame." If weapons like these were able to drop with different traits, it could potentially change the entire characteristic of the weapon, changing the stats, but not the perks. *[b]Low Tier Weapons (legendaries from Legendary Engrams earned in the world, weapons from world vendors) feature completely random rolls, but traits stay the same.[/b] This will shake up the game because it gives a chance for a player to get a "god roll" weapon from a lower-level reward, allowing for a more diverse meta. Thanks if you read through to the end! If you like my idea please raise awareness and share this with others, so hopefully, a Bungie dev might see this.
English
#feedback #Weapons #randomrolls
Comment Reply Start Topic
Report