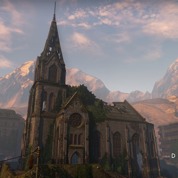 BMAN201ii
[quote]...I was convinced that will made a person. But now I realise will is just motivation to enact change. Any machine can engage with attempting to enact change. And what flicks that switch? A judgement: will this action benefit me and ultimately make me happier? And most of these decisions feed a loop as infinite as our lives.[/quote] i think thats a good place to start in defining a person: one's will. u associate one's will with enacting change..perhaps its inevitable change occurs, but i associate the will with the mind/intellect, for the purpose of making judgements..without a will or push, our minds would lack direction..humans r to be filled with knowledge, knowledge passes thru our judgements; our conclusions, whether right or wrong, r affirmed by our reasoning process. [quote]But feeling is simply registration of what's good and bad. And a machine can do that. So what makes our registration transcendent?[/quote] I would hesitate in attributing machine's with feelings and the ability to distinguish between right from wrong. What do u mean by registration being transcendent? [quote]What is the meaning of life, the purpose for which we live?[/quote] I'd imagine that question must be asked thru a particular lens that each individual determines for him/herself at the time - for we change in time. [quote]...reality has no meaning. It has no purpose.[/quote] u may be called to study metaphysics..and not the modern trash (dudes like Nietzche r bold, however) but real metaphysics..Aristotle is always a popular start, or pre-Socratics..or look into some journals. [quote]...but don't chalk it up to 'design' when bad things happen as well as good things. Don't look for a pattern that doesn't exist.[/quote] Not chalking it up to design probably goes hand-in-hand with free will..but regarding patterns, how about distinguishing between patterns, or causes? some patterns r a matter of realistic consequences.
English
Comment Reply Start Topic
Report