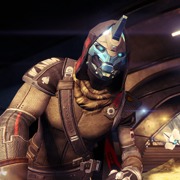 So apparently I'm a "hack".

So yesterday I was playing control and I was running my now usual loadout of NLB, Party Crasher +1, and the BTRD 345. I had a great game. And probably got my highest k/d in a game. But in the middle of the match, the guy on the opposing team who came in fourth place messaged me. The idiot muted his mic so the message was silent. I decided that this might be funny so I told him that his mic was muted. He messaged me back saying "I said you were a hack you piece of garbage". ( his kd was .75) So I just told him that using NLB and actually going positive isn't hacking. He then told me "that's what a hack would say you piece of garbage" ( kd has not improved from .75 in the last 5 seconds) I then had to get off but told him that with a bit of practice he could be good with any gun. He messaged me another voice message but I can't listen to it because I got off. I told him that I can't listen to it so let's see what the message said in the morning or if he types the message. He went full retard so it'll be hard to read. ( I'm mad mario 02 by the way)
English
#Destiny #Crucible #idiot #Stayinschool #hatemessage
Comment Reply Start Topic
Report