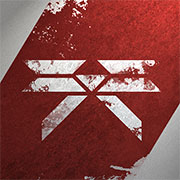 Yes, let us buy the shaders off of the vendors

I am rank frigging 10 with dead orbit and have yet to get the "random" drop for their Revenant armor shader, pretty much the best looking shader in the game. Instead of making us grind eternally for something that may or may not drop as a reward for being part of that faction, why not just let us buy them off of the faction vendor for a set amount of glimmer or crucible or vanguard points. At rank 5 we should be able to buy all of the faction shaders from that particular faction. Want to keep the grind going? Just add new shaders every so often at higher ranks. Because, frankly, dead orbit has the best colors in the game. The rest look like the Joker's suit on crack.
English
#feedback #armorcolors #armorshaders #armor_customization #armor_skin #faction_shader #faction_rewards
Comment Reply Start Topic
Report