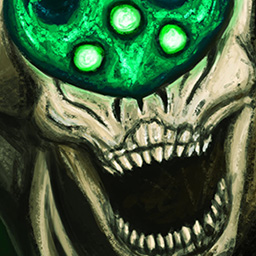 I'm a few week late, but I was lazy and wanted to wait to write this all out. This will honestly be the most personal thread I've ever posted on this site. [spoiler]I mention religion because it's part of my bnet story, if you want to discuss religion please take it to the Offtopic forum[/spoiler] I'm Bryce, currently 19 turning 20 in May. I'm from Michigan and I am currently a mailman. I am rumored to be the youngest ever hired (I was hired in at 17, I graduated Highschool early like a boss...I was Home schooled so I could do that and work more while in highschool) Within the last week the Executive Pastor at my church approached me discussing if I had considered going into full time ministry. I am not really talking about it a whole lot, since nothing is set in stone and what not. I go to a church that has only been around for the last 6 years (crazy random happenstance) but it's grown a lot from the original 20. (I was not a part of that) We currently run about 900-1100 people on a weekly basis and the number is still growing week by week. With it being a bigger church, there are a lot of different types of job opportunities I could get into. They've already got a media guy on full time to make videos and run mics + sound. Plus, our church is a branch of a certain big chain of churches. So there are plenty of different things I could get into. ( I like Filming, writing, and what not) As I said, I joined bnet 6 years ago and was banned more times than I can count. I honestly just didn't care about this site or it's community. I just came here to make bad threads ([url=http://i990.photobucket.com/albums/af26/Bricypoo/People/QbixWarnedme_zps53729fd8.png]as you can see by this warning I got from Qbix a while back[/url]) and have a few "lulz". As I matured and grew in my faith (As you can probably tell, religion is a huge part in who I am. You will see me mention things relating to it like me being a IRL mentor) I started to take this site seriously. I started acting, well, more like I do IRL. So, as I matured, I started helping in the community. I helped with Testing maps for Community Carnages, Interviewing for Community Joes, Helping put out the Weekly Review, creating the Bnet History thread, and some other stuff. I've crossed paths with just about every member on this site who's been around for a few years. I met Chorrizo (Alex) from Chapter quite a long time ago. Him and I started off playing Reach back in 2010 or 2011(I think?). Him and EZ created the Welcome Wagon to help welcome new members. They invited me to join the group along with dimgy, zoob, and a few others. We started off just coming up with threads to help new members of the site get used to the mechanics and what not. Deej took notice. and started observing us. After about a year Bungie.next came out (current version of the site except pre-bunch of updates) we were moved to TWC. We then became "Official" but we didn't have titles, it was kind of dope. Eventually (After our first wave of new recruits like Spawn, MoonDawg, Malfar, and Hyle) we got the official "mentor title". That, that is when we REALLY started getting a lot of attention and users all wanted in. Which is crazy, since this whole thing just began with the mindset of trying to help people out and create a better/nicer environment on the website. I've grown up playing games like Doom, Quake, 007 Golden Eye, Perfect Dark, Halo CE, Halo 2, exc. I'm currently excited for the release of Kingdom Hearts 3, Walking Dead Season 3, the new Mass Effect game, and Destiny 2. Other than that, my video game life is kind of minimal. But I always find time to come here, and be a part of this community. You guys have shown me there are ways people can be friends with out even meeting. Cheers!
English
#Community #SeventhColumn #bnetbirthday
Comment Reply Start Topic
Report