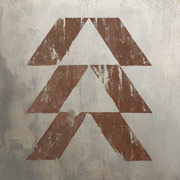 Wassup everyone, (feel free to skip this intro, 1st paragraph) So just like everyone else I am SUPER excited for the release of Destiny in 2014! But just as much as I am excited to Dive into the world of Destiny and search every corner of the universe I am also extremely excited to immerse my self in its music. As we all know, video games and films would just not be the same without their soundtracks. I mean, try and think of playing any of the Halo games without the captivating and exciting music that triggers our adrenaline and makes us want love the games just that much more epic. As you might be able to tell I am a musician and was in a youth symphony for three year where developed an appreciation for soundtracks for films and games. Anyways, lets cut to the point of this thread lol So far we have heard some really awesome music behind the Destiny trailers and other videos by Bungie. I was wondering who else is excited about hearing more music from this game and who else think it would be cool if released some of the soundtrack early? Also I have heard rumors that Paul Mccartney helping out with the development of the soundtrack but I am not sure. Can anyone confirm this? And last question; I have heard that a lot of the games art has been inspired while listening to the games music. Any Comments on this?
English
#Destiny #PaulMcCartney #lovebungie #soundtracks #SoExcited
コメント 返信 トピックを作成
報告