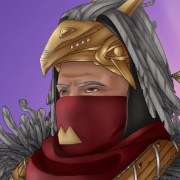 So it seems like every single season now we’re going to have a 6 player Seasonal activity with matchmaking, Which I didn’t mind for the first few seasons but now it seems like just a reskin of the same activity every single season. I would highly suggest maybe out of a package of four seasons maybe one or two having a six player shoot ‘em up activity, then for the remainder potentially add new things like STRIKES or CRUCIBLE/GAMBIT maps. That’s my two cents for what they’re worth.
English
#feedback #destiny2 #FeedbackD2 #Content #Strikes
コメント 返信 トピックを作成
報告