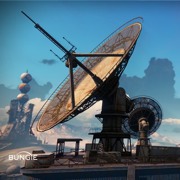 Tempest strike bug: STOPS on each and every doorway!!!

A simple issue that is present since bungie sligthly reworded the Tempest strike (Hunter - arc middle tree) charged melee with the 30th anniversary update. The melee consists of an arc shockwave that is supposed to travel in a straight line into the ground, for what seems to be 20 meters or less, inflicting 130 damage to whoever is on the ground on its path, but after the 30th update [b]the melee immeditaly and every time stops exactly as it is about to traver through an opening[/b], such as, for example, every entrance to the A and C flags in the bannerfall crucible map. This unexpected termination of the shockwave is obviously far before it reaches its range limit. Having the melee stop while going in or out of every doorway is incredibly frustrating due to the inability to hit target that would otherwise be sure victims of the melee, as it is intended. Conclusion, Bungie, pleas fix this, or atleast revert it to before the 30th update where it was glitchy on stairs, but fine through passages.
English
#Help #gameplay #bug #arc #Strike #tempest
コメント 返信 トピックを作成
報告