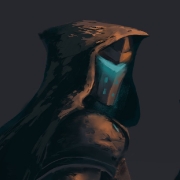 Today I wanted to play Destiny 2 on my old account from Blizzard, where I saw that it wasn't there, so I go to the forums to see that there was a data transfer that I missed. I checked my email, and I saw no email alerting me of this. I spent way too much time and money on this account, just to have it taken away, now in my mind, this isn't my fault and I would really like to play again. Please respond I would really like my account.
English
#Help #transfer #data
コメント 返信 トピックを作成
報告