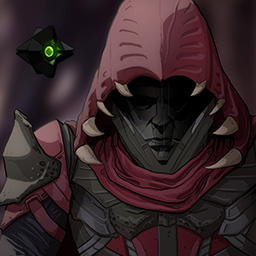 Shadowkeep / Undying review: All I do is a dungeon and nightfall a week.

Never in D2 history have I simply not had anything to do. No, I don’t do the raids. Haven’t done them since D2 launched and that never seemed to create a void of content. SHADOWKEEP: As someone who got the deluxe collector’s edition pre-ordered (yeah mainly for the cryptoglyph; with is actually really high quality I must admit) — all that’s left to do in Shadowkeep is a weekly dungeon, maybe find a rabbit or two, and that’s it. Where is the dreaming city level of hidden unlocks and weekly evolutions that made the game worth the time? Apart from the weekly darkness lore drop and the 6 Eris fireteam memories there really isn’t much left. The firewall weekly is redundant after week 4. The good in Shadowkeep is the story. The first mission when we find the pyramid was amazing, mainly because I was sure Bungie wouldn’t let us see one until D3. The moon armour for titan and warlock is foul. For hunter it has more appeal. The lectern is a weird reimagining of the chalice mechanic, that forgets the main appeal of the chalice was choosing the weapon’s stat rolls. The dungeon is great fun, if a little short. That being said the speed of completion makes weekly pinnacle farms non-tedious. Altar of sorrow is nothing more than a triumph lock for the ghost and ship. The fact that the triumph for the ship requires essentially a full fireteam playing for the ship and not a quick boss win while you can only bring up to two fireteam members with you means the ship is locked behind the first player generated rng in D2 which I do not like at all. Disappointed the the scarlet swarm sparrow and ship and ghost are all eververse. Not even a 100k scarlet keep emblem. Also need to mention the ridiculous amount of redlining for *paid* content or content locked behind silver. In the case of the hive sparrow and ship the are reskins of Winchester’s Ruin and Eris’s hive ship from season 4. Deathbringer and xenophage quests were both enjoyable. UNDYING: Undying has been nothing more than a shopping spree through a guardian cosmetica. As part of the pre-order I got all four seasons unlocked, and I doubt I’ll get my money’s worth. Imagine is I didn’t have Shadowkeep, all I would have that’s new is one group activity that you only played to level the season pass, a raid I won’t play, and get some weapons that can still be outclassed by old metas (for all the talk of optative, I’ve never once seen it in action in PvP). The season pass shines in its rewards of usable materials. My fear was that it would be a purely ornamental rank up system like in fortnite. The amount of material rewards should still be increased substantially if they are to be the sole reason one buys a season pass. Very disappointed in the fact that this season does not include a whisper/outbreak/bad juju hidden quest. Such an addition along with the typical weekly quest grind for catalyst progress would have been great. The closest to this that we get is eriana’s vow (a free gifted exotic) and a mindless grind for a catalyst that outweighs the gun’s use. I really hope I’m proved wrong and that the next seasons will be better. We’ll find out in two weeks.
English
#feedback #gameplay #destiny2 #review #Undying #Shadowkeep
コメント 返信 トピックを作成
報告