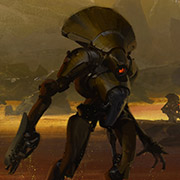 After reading through the topics here it looks like everybody is losing their faith in Bungie. They're saying that Shadowkeep and Undying are the worst things to ever happen to this game and that they won't spend money on Bungie ever again. Sure the final assault wasn't all the great, but personally I don't hate it. I enjoyed every part of Shadowkeep and the Season of the Undying content. I still have respect and faith in Bungie. This is just one error, and you all really need to calm down. Just sayin'. Edit: I realize that I have poorly worded some things and need to explain a bit. When I say 'everyone' I mean the people who act like the final assault is the worst thing to ever happen to the game. The reason I say everyone is because from looking through the forums that is all I see. And when I say 'just one error' I mean more with the Season of the Undying. If there are any other errors with the season, I fail to see them.
English
#destiny2 #FeedbackD2 #Undying #Finalassault #vexoffensive
コメント 返信 トピックを作成
報告