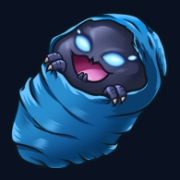 Should The Queenbreaker be a Special?

Yes, all linear fusion-rifles, except sleeper

No keep it how it is

I feel like linear fusion-rifles should be a special due to it being skillful, like a sniper, what are your opinions? Of course the gun would need to be tuned down btw Edit: I’m surprised that people like this weapon in the heavy spot, probably because of the buff, but I still think it is more suited for the special weapon spot.
English
#Crucible #Sniper #special #destiny2 #queenbreaker
コメント 返信 トピックを作成
報告