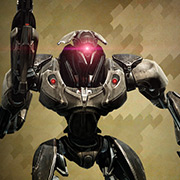 There once was a Gatelord, With a very big hoard, "Hoard of what?", you say, Gates, nothing more, For he is a Gatelord after all, His gates connect to many realms, Asgard, Valhalla, The Batcave, many more, But one in particular interested our Gatelord, A dark, dark place was on the other side of this gate, Bungie.net was this place of blight, Gatelord wanted to free it of its fright, So he went there and, NERF THIS, NERF THAT, (Insert game here) will kill Destiny, Gatelord was surprised by the salt filled place, So he set up a thread saying, "Salt mine here, volunteers plz!", Many a person helped the G'Lord, And he now has a massive salt monopoly, And now he aims to take over the Gate network, Deej comes and says, "Stop and I'll give you free Ghjallarhorns", But Gatelord made his own and killed Deej, Cozmo comes and says, "Stop and I'll give you free Vex units", But Cozmo must not have known how Vex even work, So he died too, Gatelord soon had control over every Vex ever created, But then Luke Smith appeared, Luke said, "Gatelord, wanna be in a $30.00 dlc?", Gatelord was about to say no but, "Will I be able to one shot noobs?", "Of course not", He was dead before he uttered the last syllable, Gatelord soon got bored and wanted to kill some things, So he committed mass murder to his own kind, And then the head Vex mind Quria came and said, "Why do you do this to your own kind?", Gatelord responded with a snarl and slaughtered Qurias sorry ass, Gatelord soon consumed all of Bungie, Bungie had caused Gatelord much trouble, So he went back in time and made Destiny, A shit game. End. (Made By TimelessGatelord, for Gatelord)
English
#Destiny #lore #greatlord #gatelord
コメント 返信 トピックを作成
報告