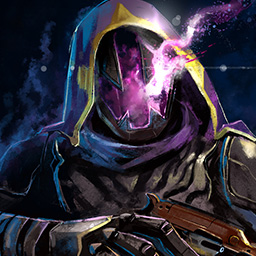 Continued from [url=https://www.bungie.net/en/Forum/Post/140680579]Part 2: the Exotic ARs[/url] [b]Pulse Rifles[/b] I'm glad that you want to maintain the pulse rifle's feeling of raw power, because it'd be a shame to see it go back to being the auto rifle's scrawny younger cousin. But saying you want to maintain a weapons effectiveness and satisfaction and actually managing to do it are two different things. I like the idea of introducing some subtlety to the firing mechanics because it'll separate the true masters from the rest of the crowd, but I'm not so sure about the idea of armor deciding TTK for two reasons: first, I don't like the idea of effectiveness being divorced from my skill with a weapon, and second I would be very, very pissed if I outshot someone but lost just because their armor was slightly higher. I'm also somewhat skeptical of any changes to the mechanics of pulse rifles because they feel like they're finally in such a good place. Goals: * Pulse Rifle is optimal at medium range, but can still effectively engage enemies at close or medium-long range – this is about where they're at now * Rate of Fire sets a pace for players to track moving targets, and then deliver precision damage in bursts – not really seeing much of change here either, although I suppose this means they'll be a little less forgiving * Pulse Rifles should feel strong in PVP, but don't become the only competitive option – the same should be said of any weapon class * Additionally increase their efficiency as a PvE weapon – Good. Like I said before, you really need to start balancing pve and pvp separately; it'll make a much better game. Now, you now what other weapon really needs some pve love? Fusion rifles. Changes: * Reduce base damage of the medium RoF by about 2.5% PVP: Bursts-to-kill (all precision hits) is 2 or 3, depending on victim's Armor stat – seeing as how this class of weapons is typically a 2 or 3 precision burst kill, I'm not sure how much of a difference this will make. If it means that you really have to nail all three precision shots, I'm all for that, but if it starts to feel like a roll of the dice as to whether you win a gunfight, that's going to get old quick. The other potential issue I see is that PVP already favors high RoF weapons to begin with, and this might tilt the balance so that medium RoF pulse rifles become a subpar choice compared to high RoF. Also, if your plan is to increase the class' efficiency in PvE, why are you lowering its damage? Adding more bullets doesn't make a better PvE gun (see: Silimar's Wrath) * Small reduction in base stability. A burst should still land all shots at optimal range, but three precision hits will require more weapon control to land consistently – this should make the class more rewarding to master. Sounds good to me. * Increase magazine size for all base inventory stats – while this should help with pve, increased magazine size alone may not be enough to make pulse rifles more effective as it only affects how often you reload. Depends on how many bullets we're talking about. Personally, I'd prefer a pve damage buff. Continued in [url=https://www.bungie.net/en/Forum/Post/140708175]Part 4: the Exotic Pulse Rifles[/url]
English
#feedback #Weapons #balance #Exotics #Pulse_Rifle #Taken_King #exotics_PvP
コメント 返信 トピックを作成
報告