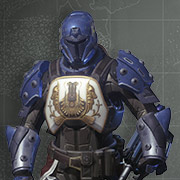 This...is supposed to be better?

Okay, so I know I'm little late. I took a long break from Destiny for a while, from before the big Crucible Patch. I used to dig Crucible pretty strongly - I definitely liked it more than CoD, though I wasn't quite Halo-level obsessed with it. Coming back and playing it some more these last few weeks...this is supposed to be better? This is supposed to be good? I understand that previously the Auto Rifles were just a bit too good, especially the SUROS Regime, compared to the other weapons. But I don't see how killing the Auto Rifles and severely curtailing weapon diversity made anything better. As dominant as the Auto Rifles were, there was a LOT of weapon variety - different ARs being used, Burst Rifles, a few Scout Rifles and Hand Cannons. Now its Thorn, a handful of Burst or Scout Rifles or GTFO. And the Thorn brings pretty cheesy gameplay too; almost 80% or so of my deaths are not from actually being headshot'd or killed outright by the Thorn but by the burn after people hide, or the burn killing me after I kill them, causing a trade. Besides the fact that DoT's and burns are bad for Competitive PvP in basically any game. the Thorn and the update seem have created a pretty dull gameplay style in Destiny now; unless you have your Blade Dancer/Striker Super (or you use Shoulder Bash, but that carries a ton of risk) or a very powerful Shotgun, aggression and aggressive tactics have been greatly discouraged in favor of sitting back and taking potshots/ranged duels - being aggressive is basically suicide now. It seems to me like a small damage over range decrease or a recoil increase to Auto Rifles and a small buff to Burst/Scout Rifles would've been better than dumpstering the Auto Rifles and making the Thorn king.
English
#Destiny #Competitive #PvP #Crucible #Thorn #aggressive #suros
コメント 返信 トピックを作成
報告