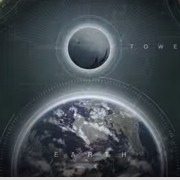 180 dsc runs. 3x every week and still no rocket launcher

180+ dsc runs. 3x every week and still no rocket launcher. Your game is broken. Only thing missing for the title is the stupid rocket launcher. Your drop pool is broken. My buddy got 3 in his first 2 weeks. Now I cant even find people that want to do it because the raid doesn't even drop pinnacle. after this season I am done spenfing money on this game.
English
#FeedbackD2 #destiny2
Comment Reply Start Topic
Report