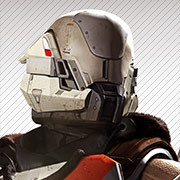 (Not sure if this is the place to put this, but I'm doing it anyways) I don’t really care if people don't like this part of the community, but for those that might... during the old version of the forums, the gallery was part of the “community” section of the forums, that allowed people to post their written creations, as well as other miscellaneous creations. AKA fanfiction. For me the former item is important here: writing, speculation, and fan fiction are integral to people’s interest in the game and lore. Destiny has oh so much potential for this, but now that the gallery is gone, the only place for it to go is offsite to places like Reddit and Fanfiction.net, or on-site to the Lore category for downvotes and negativity. This was a gift, as most sites like this don’t have dedicated places like the gallery, but now that there isn’t a real place for this to go, creativity is going down the drain. I used to be able to post something, and receive honest feedback from those who were expecting fan fiction but maybe didn’t like how I wrote it, or from those who did. But now it’s tough to do that in a forum that clearly isn’t welcome to fan fiction and things of similar nature. Creativity that used to have an outlet is being smothered, and I don’t think that’s right. I’ll admit that I also just want to be able write again, and feel like my voice is being heard. I’m not saying that someone’s “Oryx x Mara Sov” fan fiction [b]needs[/b] to have somewhere new to call home. But what I am saying is... bring back the gallery, please. It was a gift to have a place where fanfiction writers could feel good about posting their works and receiving comments on them, and I think it would benefit the community if it was brought back. Sincerely, A Titan that regrets their choice of name.
English
#Community #Gallery #companionapp #forumfeedback #bringbackthegallery
Comment Reply Start Topic
Report