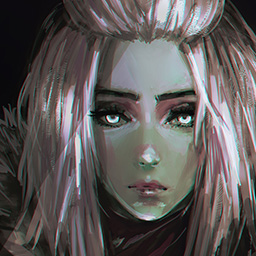 Core Should Drop(RNG) From Challenging Activities! Change My Mind?

I Agree with what is Being Suggested

I Say Bungie Got it Right from the Start

I Have a Better Idea(Comment down Below)

Enhancement Core Options: 1) Bounties Spider and the Gunsmith(Easy, Not Farmable and Not that Enticing) 2) Master-worked Legendaries from RNG(Rare and Not Farmable) 3)MasterWeave Item (Very Scarce and Not Farmable) 4)Clan reward (Not Farmable) We can all agree Cores are an issue. The issue with Them is that we don't have a [b]viable place[/b] to [b]farm[/b] them. They are used for [u]infusion [/u]and [u]Master-working[/u]. We could all say we had no issue with them being used to master-work items when they were called MasterworkCores. Since they have been tied to Infusion it has felt like we have been in a never ending Nightmare(😉😉). My question to you bungie is [b]why haven't you added them to the Loot Pools of Qualifying content[/b] while also keeping them as bounties. I am in no way asking for guaranteed drops but I am asking for Random Drops. This not only benefits the player but it also benefits the world of destiny by making certain activities more relevant. An Example would be older raids. I have not gotten certain catalysts(Telesto and sleeper😭) because nobody plays them anymore. this idea would incentivize more players to play older content; Especially as more content is added. Master-working an item should not share the same Currency as Infusion unless we are able to Farm Cores effectively. How is an Endgame material being Drip fed(Time gated) to us by bounties each day a [b]CHALLENGING EXPERIENCE?[/b] a Challenging experience does not consist of being Locked out of a challenge for the day; witch is why the method of distribution should change.[b] If you are concerned about new players you could do the following: [/b] Leave the Gunsmith Bounties(with a Twist) and bring back Scrapper Bounties. The difference this time is only new players who are not at endgame will have access to those Gunsmith Bounties. Once a certain Light Level has been Reached and objective Completed(Special Quest) you are then able to Farm Cores Via Endgame(Challenging) Activities. Destiny New Light: They will need to complete the "Special Quest". We can leave this to whatever you would like us to accomplish bungie. However long it may be. Does This method not sound far more enticing than what we currently have? WE can all agree endgame Materials should be a challenge to get. Bounties as they stand are not that challenging for an endgame material. [b]I doubt you want to separate Infusion from Master-working[/b] an item witch is why I presented this in the fashion I did. [u] if you were to separate them you could do it in the following Manner:[/u] Re-introduce Etheric Light. The only difference would be how they are obtained. 1 Etheric light is obtained after every 10 Orbs of Light. you decide how many are needed for infusion. If you do decide to take this approach you would not need a "Special Quest" for Destiny New Light or the game in general because cores would be just for master-working. There are already good chances for you to get a master-worked item without a viable farm in the beginning of gameplay. You could adjust cores to drop at a reasonable rate and in the end it will still be Farmable as opposed to the current method of waiting for the next day Here are Links To other Topics about Enhancement Cores: [url=https://www.bungie.net/en/Forums/Post/251978698?page=0&sort=0&showBanned=0&path=1]Enhancement Core Discussion! Gather Up![/url] [url=https://www.bungie.net/en/Forums/Post/251743162?page=0&sort=0&showBanned=0&path=1]Bungie's Perspective on Impactful Decisions[/url] [url=https://www.bungie.net/en/Forums/Post/251450868?page=0&sort=0&showBanned=0&path=1]A Message to the Bungie Team! -Click Me-[/url] [url=https://www.bungie.net/en/Forums/Post/251743142]Enhancement Core Metropolis![/url] [u]Any one who agree's with bungie, May you please explain why you prefer to be time gated as opposed to farming aka grinding for materials? [/u][b]Please allow us to Practice the Socratic Method![/b]
English
#Deej #FeedbackD2 #dmg04 #destiny2 #cosmo #enhancementcores
Comment Reply Start Topic
Report