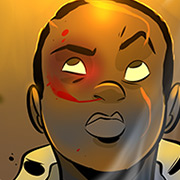 This one's for Lore Experts and Conspiracy theorists. End of D2 campaign, our beloved Traveler bursts out of its cage sending a signal flare (presumably) across the Solar System. Ever since, it has been regarded as "awake" thus giving cause to say we're in a new Golden Age. Got it. Cool makes sense. But we're coming up on 2yrs since that happened and the Traveler has yet to do anything notable. Hasn't repaired its "shell", didn't receive Cayde, no big elevator so we can poke around in there. It's just....there. So what does an "awake" Traveler [i]do[/i] really?
English
#lore #destiny2 #Traveler
Comment Reply Start Topic
Report