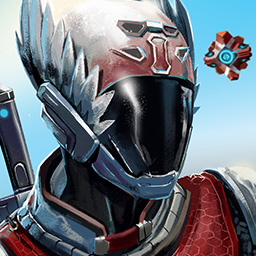 Okay. This is gonna be sloppy but I'm just getting what I can out into the void of these forums. First of all, where's the people talking about crucible? Every other website (Reddit, Twitter, YouTube, etc.) Is a better platform to host conversations about your game or to track information than your own companion app? I used to like it a thousand updates ago. Let's get to the arena. Maps dude... [b]Maps[/b]. 1.These maps that you gave us were mostly built around a 4v4 crucible across the board. Then you implement a permanent 6v6 and spawn trapping becomes way too common. I don't like it when I'm on either side of it, my teammates move faster than I do. 2. You're obviously not shy about importing your old arenas into this better game, I said it. Why not add more? Vertigo, Exodus Blue, Anomaly, Black Shield, Frontier. All of them. Some locations are reusable others can just be in the infinite forest. 3. Add more spawn points. And for the love of the Traveler stop spawning enemies in the same location that I just spawned from 3 seconds ago. [b]Matchmaking[/b] Go back to connection based. All you ever get in competitive is the same team over and over and over and over. It's gotta stop. Break up the matches more, cast the illusion of a full player base by sending a different freaking team to the arena with us!!!! Dammit... sorry. Loading into a mercy is no fun. It'd be nice to have a super handicap to maybe help the team catch up. [b]Guns[/b] Hand Cannons this, hand cannons that. Blah blah blah. BORING!!!!! Why? What about people who just don't like using them? Why should all the best weapons in the game be hand cannon with stupid perks? Not Forgotten Luna's Howl Ace of Spades The Last Word Why can't the Jade Rabbit beat them at a formidable range? Why can't an smg melt them before their stupid 3 tap? Which, let's be real, they are only getting these 3 tap kills because a perk helps them aim or do more damage or even miss a headshot. It should take 3 shots to the HEAD, not two and a body. Swords are balls. Terrible. No ammo, can't one hit a player with an overshield or two hit a player with masterwork armor, I might be wrong about that. They need to be a better option. Sidearms and sub machine guns have disappeared with the special ammo evolution. Nobody really liked the full auto sidearms, but the three burst are great but we need more single taps, or maybe we have some and I don't know because they are a terrible option anyway. Sub machine guns are still in pretty decent shape but they just aren't used as often. Scout rifles need to be a little stronger. Otherwise why would anyone use them? Linear Fusions seem like they have a pretty big hit box, headshots seen effortless. [b]Abilities[/b] Macros are killing the online experience and titans and Warlocks alike are abusing their jump abilities, hunters are abusing their jump and dodge and it takes the skill out of the confrontation, at that point you're just fighting software. Shoulder charge is pretty cheap. I think it should time out after a while. Spike grenade are insane still, by the way. Skip grenades are pretty strong and really aggressive. I think it would be nice to have exotics that activated perks in other trees like arc web or melting point or invisibility. [b]supers[/b] Hammers are ridiculous. Like stupid. Striker is pretty good still Sentinel shield tracking is way too good. Tone it back. Dawn blade tracks way too well. And if you're going to leave that stupid top speed burst then you should apply it to all the jumps, Strafe Glide is life. Nova warp is a joke. Love what you did with the top tree Nova Bomb though. Stormcaller is just perfect. Spectral Blades and Blade Barrage have a lot of armor. I dunno.... I can't think of anything else because I just want to play some crucible haha. This game is very fun, I really enjoy spending all my free time playing it. And I hope it will keep evolving into something that doesn't set these metas, or at the very least does something to eliminate them. This time around you encouraged it and it was disappointing. One last thing, I think pinnacle weapons are bad for competitive. It only invites a certain skill base, which lowers the player pool and as soon as the majority of players earn their loot or give up you see people selling guaranteed pinnacle weapons for $400. So not only are their less people with full time jobs and families playing but there's also people playing on their customer's accounts. It just seems like their are less normal people playing competitive and more people who play this game more than others can afford to, or nerds. Weekly triumphs or rewards would be more enticing. Even a bounty that has a numerical goal for glory earned. Like 200 or 500 a week. This would at least get more people playing. Granted, all they're going to run into are titans with one eyed mask or hunters with machine guns and flawless execution, which they will proceed to lose to for the next 3-9 matches.
English
#Deej #destiny2 #cozmo #FeedbackD2
Comment Reply Start Topic
Report