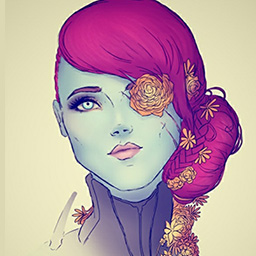 Destiny is a game that seems like it has no story, but recently i have been addicted to lore videos. The most confusing is the vex. The vex are creatures that are without time, they travel through it, through the gates. The gates are essentially time portals. This brings us to skolas at the last mission of the HoW campaign, he is using the vex intel and portals to bring his entire house of wolves through time, so he can become unlimitedly powerful in the present. Back to vex, The vault of glass is a vex controlled area, and from the videos i have watched, it is a sort of simulation of sorts, to test their power, to make the simulation reality. Atheon is either the creator of the vault or the vault is the creator of atheon, the "time god". The oracles we kill (oracles, in greek mythology, are fortunetellers) are killed to prevent the past from happening. What i mean is, we go through the portals at atheon, we are going back in time, to kill the oracles, that, if not killed, will be sent to the future to prevent your escape of the dark corners of time. . We are preventing the past so we can save the future. This leads to atheon being weakened, and once he regains his power, he sends more people through time. If nobody is in the future to open the time portals, we get lost in the dark corners of time. Also, i am curious about the different wars causing the collapse of the golden age. There are theories that the travelor is the bad guy, that something is wrong with it. The guardians are protectors of it, but maybe thats why it created the ghosts. They revived us, and now we are under control of it. It was being attacked and rather than destroying earth, it protected it so it could survive.I only really know the battle of twilight gap. As i said, please comment about lores you have, links to lores, and any important info for me. Destiny may not seem like it has a story, but if you dig into some videos, you will see it really is a confusing and a well thought, clever story. All the raids, events, strikes, DLCs go into the story. Yes, they have their own story, but it all ties together, and leaves us hanging.
English
#Destiny #lore #Wars #time #vex #collapse #goldenage
Comment Reply Start Topic
Report