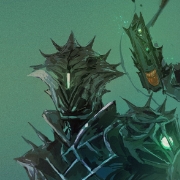 It’s not enough to cancel pre-orders. Stop playing the game.

So let me start off by stating the obvious: Destiny is in a bad state right now. It’s the end of a season and Bungie’s lack of community consideration is making it worse, and you don’t need me to spout off about not enough PvP this or end game that, I’m positive you all are aware of the issues. This brings me to my main point: Canceling Pre-Orders isn’t enough. You all are still playing the game, and when the new dopamine kick comes in when the new season launches or a new trailer drops, what happens then? Exactly what you’re too afraid to admit, you’ll rebuy Lightfall and then “OMG DESTINY IS SAVED!” Will be echoed throughout the community before next reset until we’re back to square 1 If you [i]really[/i] want Bungie to notice our disappointment, then STOP playing the game. Stop logging in. Stop checking Xur. In fact just go ahead and delete it! Get off the Hamster Wheel while you still have a chance. Because Bungie doesn’t just look at sales numbers for analytics. They also take into consideration Online Player Counts, they know the counts are low because it’s the end of the season. BUT if it’s still low after the new season launches, maybe just maybe it’ll click in their egotistical heads that something is wrong! Tl;dr Don’t just cancel your pre-order; stop playing the game so Bungie gets the message.
English
#destiny2
Commenter Répondre Créer un sujet
Signaler