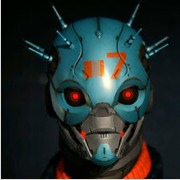 Would People Be Interested in a Salvage Scrimmage Format?

Thinking about trying to make this format happen when customs come out with Rise of Iron, would anyone else be interested in it? ***** Salvage Scrimmage Rules (SSR) Mission Statement: I think that traditional Sweats lean toward less diversity in builds and aim to optimize K/D and slayer playstyles from the game in the name of balance. I want to offer an objective based option for competitive play where maximizing K/D isn’t as important for winning games. The hope is that this will allow a fun competitive scene where a greater array of builds can shine. Standard 3v3 Salvage Rules and Scoring. Match will be best of three Games. Each game is first to 5,000 points or 3 salvage zones captured, or whoever has the highest points at time in game. Each game will be on a map which will be randomly chosen, each team having one veto to be done within the first 10 seconds of the match via the wave emote. Each team only has one map veto per Match, not per game. (Maps within random rotation may be subject to ban based on a ban list. TBD) There will be one heavy ammo crate drop at standard time. Loadouts will be locked this includes subclass and perk options within subclasses and the weapons chosen to be equipped, this does not include perk options on weapons and armor. Load-outs are restricted to current release equipment (equipment that have been brought forward to highest current light level) Legacy weapons cannot be used even if they have a current release version. Load-out locks do not allow for switching between weapons of the same name, you must lock a specific weapon. (Exotic weapons and armor and subclass perks may be subject to bans based on a ban list. TBD)
English
#Destiny #Competitive #salvage #Scrims #Sweats #RiseofIron
Commenter Répondre Créer un sujet
Signaler