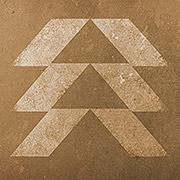 in the character options menu

somewhere in the director

a new NPC in the tower, probably near the Speaker

In the game, where would you like to see them? Edit 1: A lot of people mentioned seeing them show up during loading screens or while traveling to destinations. Others would like direct storytelling techniques, such as cutscenes or dialogue. A few people brought up seeing them in your living quarters, which was also requested but isn't a feature. :( Keep the ideas coming, I'm sure Bungie is paying attention to its fan base ! Edit 2: Over half of the response says to have them near the speaker! A good idea thrown out is to have the Speaker himself have them, and to have it accessed through a different button.
English
#feedback #Story #Deej #lore #backstory #Interaction #grimoire
Comentar Respuesta Abrir tema
Denunciar