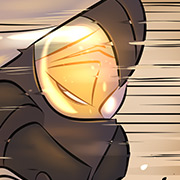 So, as I'm sure many of you have done already, my group of friends has completed the raid this week. We took into account the random teleport with a system. We only had a few wipes due to inexperienced players (and a few gorgon mishaps). The problem that I am talking about, however, is how frustrating the rewards system is for the raid (in addition to the rest of the game but that's a whole other post in itself). We weren't able to get all of the chests, but the ones we did get yielded some pretty sweet pieces of gear. For everyone on the fireteam except myself. After beating the bosses, my team mates got raid gear/weapons too. Last week, my brother (lvl 25 Titan) even obtained two pieces of the titan's armor on his first ever completion. The thing is, [i]every[/i] time that I've completed the raid, I have only gotten ascendant materials. Now, don't get me wrong, ascendant materials are pretty sweet. But the broken rewards system would rather give my warlock team mate another copy of the Hezen chest piece over giving me any gear. No weapons, no gear, no nothing. Just ascendant materials and another copy of Chatterwhite. It doesn't even give me the useless rewards, like the ship or class item. I'm not going to rant on why this system should be changed or how unfair it is to those of us who get nothing. I merely want to share my frustration at not being able to get level 30 despite putting in the work to make progress towards it. I'll be doing the raid next week for sure. However, I'm not expecting much more from this broken system.
English
#Destiny #Raid #raidrewards
Comentar Respuesta Abrir tema
Denunciar