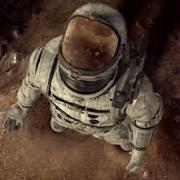 What's [b]YOUR[/b] character's Background/Story-line in this here Destiny? [spoiler]I was created by an old man I call father, he taught me the ways of urban survival, I now reside with my helpful companion (Sabre-Wulf) in the depths of planet Venus, due to a drastic event the Earth withstood...[/spoiler]
English
#Destiny #Story #tale #customization
Comentar Respuesta Abrir tema
Denunciar