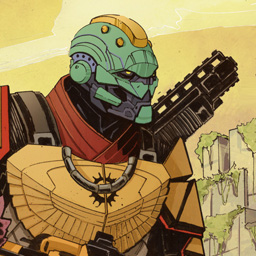 We did a bunch of testing for the "Clear a Path" medal in the private pvp mode to see when it drops and why it has a very low drop rate. It looks like the medal may have one or more bugs in its coded logic. The medal's description is: "In Rift in a single Spark run, defeat 2 opponents who damage your team's Runner". In other game modes, "defeat" means final blow or assist [[url=https://imgur.com/IgWRkhr]screenshot example[/url]]. The medal is not a gold medal. Both light.gg and Bray.tech are stating that less than 5% of the players have obtained it. [u]Bug(s):[/u] 1. The logic that is coded seems to incorrectly just count final blows, instead of defeats (final blows or assists). This is a bug, which is causing the medal not to be awarded as described in the medal description. 2. For the medal to be granted the opponents must damage the red-bar portion of the Runner's health bar before being eliminated. The medal does not drop if the opponents only do shield damage to the Runner. We don't know if this is intentional or if it is another bug. We also learned that the timing of the two defeats doesn't matter. In other words, we verified that it doesn't have to be a double kill for it to count, and the two defeats could be some time apart from each other. [u]Raw videos from our testing session:[/u] https://www.youtube.com/watch?v=Alggyvj5cIw&list=PLvz90sTJgpI2mgoUxMP08AEBLeGylXdJa https://www.twitch.tv/videos/1662886165 [u]Acknowledgments[/u] A special thank you to the [url=https://discord.gg/ironwolves]Iron Wolves Community and Clan[/url] members, especially to Skyclasher#7813, NickyNASA#9078, BaxelDS#0959, and EmotionalSpprtNuke#0881 for volunteering their time to do this testing.
English
#Help #gameplay #PvP #bugs #rift
Comentar Respuesta Abrir tema
Denunciar