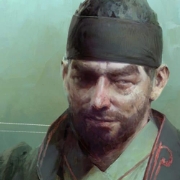 I was wondering, how Destiny could have a better quality of gesture management? having only four available makes it tedious to switch individually for another in the character menu. Although it is a section of the game that I do not see people talk about. In summary, I would just like to propose a system similar to that of the ''Rocket League'' video game where you have to mix two keys to perform the gesture. I would like to attach images for a better reference, but it is easy to understand. Selecting one of the four keys that performs a single gesture would instead select a collection of four gestures, (top) Greeting gestures (bottom) Dance gestures (right) Disgust gestures (left) gestures with effects light, for example. What do you think of this idea to talk in a forum? Or does it just cause you indifference? Attach an image where I better present the idea.
English
#destiny2 #Destiny2Gameplay #emotes #dances #eververso #gestumes
Comentar Respuesta Abrir tema
Denunciar