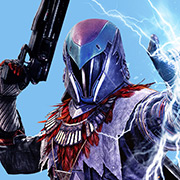 The fact that 2 shaders and an emote that are all from vault of glass are only purchasable in eververse is like mobile game levels of scummy, and i'm all for raids having cool cosmetics, but when its locked behind a pay wall after you already did the activity is unacceptable.
English
#destiny2 #FeedbackD2
Comentar Respuesta Abrir tema
Denunciar