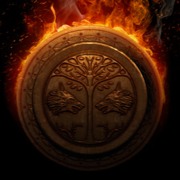 Phyromancer
Are they only purchasable through Eververse?... If they are. Then Wow!!! That's an all time low.😂😂😂 Man that GREED is seeping out, milking an almost 7 year old activity. This is a sign folks. The GREED and desperation is clear. There is nothing left here that even the old recycled content is being used for scummy tactics. WOW!!! All cards are down now. This is not a bluff anymore. This is just old fashion GREED! It's a clear sign. Empty game being milked! I can't believe on a 7 year old activity. This is not done for the community to enjoy an old time raid. This is a scheme to milk nostalgia! 😂😂😂 What such a low standard this game has become into! I couldn't believe this is the game I bought in 7 years ago. Man, this is so low! Just low. It's so nasty I don't even want to touch it! That feeling of disgust that churn your innards?...Yeah, this is worse than that! Yuck!!! Logic!
English
Comentar Respuesta Abrir tema
Denunciar