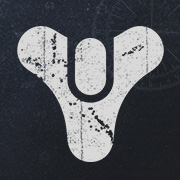 I am confused by a new Quest which ruins my Story

Good Day dear Destiny Community! I am a pissed because I play Destiny since 5 and 1/2 years, i.e. I am an OG Destiny 1 Player and I really loved the Story, I have to say though it had gone a little boring with the main Story of Destiny 2 and the first 2 Expansions were also only so-so in my opinion. Forsaken though really got me excited again and I really enjoy the game again. Problem now is that I am a little confused since I stopped playing a while until Forsaken came out, made another break and wanna play again now. Problem is I am extremely confused about the Story because I thought Bungie wanted to make it possible for Players to keep going with the History they made in Destiny 1 and 2. Strangely enough I got this Quest in the Terminal "Quest Archive" in the New City sending me to the Mission "Vendetta". And I went into some kind of Repition of the First Level in Destiny 1, but it was changed as I met this Shaw dude and then had to go on a veangeance tour for his lost buddies. What on earth is this? The ghost talked to me as if I had just awoke in this world although I played all of Destiny 2's Main Story including Forsaken. My Question is now why did Bungie make this new Story where you start from the point after Forsaken and why is it available for people like me who played until this point. I have over 3000 hours of Playtime with D1 and D2 counted together and do not want to start a different Story because I already played the original Story and killed Ghaul, retook the city, met Osiris, discovered Rasputin, met the emperor, avenged Cayde and so on, SO WHY IS THERE THIS NEW STORYLINE WHERE MY GUARDIAN DID NOT EXIST ALL THIS TIME and I am treated like a Destiny 2 Newbie. This is extremely unsatisfying to me as an OG. What the Heck is this? Is it meant for new Players and I got it accidentaly? Dont new Players play the Ghaul Storyline first? What happened here? What is this? What? Why? What the H*ll? Thanks for your help Asaster
English
#Story #destiny2 #Destiny2Gameplay #Vendetta #Quests
Comentar Respuesta Abrir tema
Denunciar