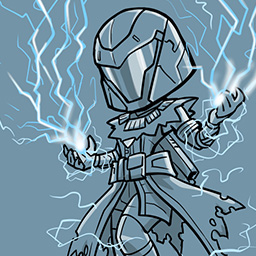 Feedback concerning Xur exotic drops, armor 2.0 would be wonderful with the addition of glass needles

Alright, I'm going to point this out really quickly. When concerning the Xur ARMOR exotics It would be nice if the exotic got stats that played to the armors strengths and what it is commonly used for. For example, why does the contraverse hold for this week's Xur have its highest stat in STRENGTH? Like I'm not against having high strength but ... nobody uses that exotic for improving their melee abilities XD. Its things like this that make me sad that glass needles are no longer a thing, it would be a perfect thing to have so you could control armor stat distributions. you know another way for players to have control over rng, as well as a good way to help with the sunsetting armor problem. #bringbackglassneedles
English
#feedback #destiny2 #xur #FeedbackD2
Comentar Respuesta Abrir tema
Denunciar