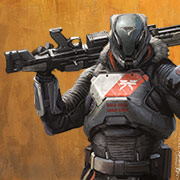 Hi there! I just linked my Twitch Prime and Bungie accounts in order to claim the Cerebral Explosion reward, but I'm not seeing any indication that the reward has been redeemed on bungie.net or in-game. My reward history on bungie.net does not show any rewards being claimed, but on Twitch Prime I claimed the reward. My Twitch Prime is linked to my Bungie account, which is confirmed in my Bungie settings, so I'm not sure what went wrong. (Is it possible that trying to do this during the scheduled downtime caused some issues? I linked my Bungie account through Twitch during the downtime a few hours ago). I'd appreciate any help! Thanks, have a good one.
English
#Rewards #Help #linking #twitch #twitchprime
Comentar Respuesta Abrir tema
Denunciar