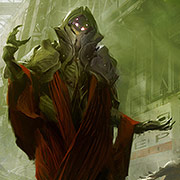 Hey guys! I'm a D1 vet trying to get back into D2. I finally decided to give Destiny 2 another try after dropping it after Warmind. I'm a dad now so I know I won't be able to raid/play as much as I used to. I would like to find a clan that is helpful and active to complete NF, strikes, and eventually try to finish the raids. What i'm looking for in a clan: CLAN NAME MUST BE GRAMMATICALLY CORRECT 18+ Cool people to do basically all PvE stuff Active late at night (3am EST is not the same as 3am PDT ppl. I need people to play with I don't care about the day population) I am on PS4 and my playtime is now 11pm - 2 or 3am PDT. No qualms with Band or Discord.
English
#Clans #ageoftriumph
Comentar Respuesta Abrir tema
Denunciar