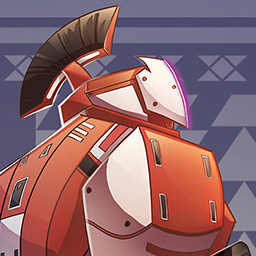 I love being banner shield this week

This weeks Menagerie boss sends out self-destruct harpies during the damage phase and cyclopses spawn as well making hard to stay alive even with a well of Radiance. But for once the banner shield is useful! It can block everything for the team. And with this being a 6 man activity means lots of extra dps. Banner shield buffs the teams dps by 25%. In strikes, gambit and other activities it's useless. You lose your dps cuz your holding up the shield. So for each member doing 25% more damage you'll need atleast 4 players behind it to make up for your loss. That's why I love it being a 6 man activity. Even in raids where you are six most encounters are driven by mechanics which makes it so it's again not useful to use banner shield. But in the menagerie it's great! For the gauntlet doing damage to the mini boss you'll stay safe and during this weeks boss. I love it! P.s. if the first week boss is here again use ward of dawn. The deletion wall won't kill you if your in it.
English
#Titan #destiny2 #sentinel #menagerie #BannerShield
Comentar Respuesta Abrir tema
Denunciar