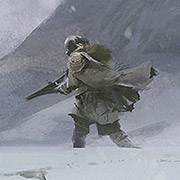 I play with a headset, (Logitech G35), and yesterday I noticed in-game that the right side is much louder than the left. I've checked my headset on other devices, reinstalled drivers and checked other games, so far, it's just Destiny. edit: it seems to be certain audio that is problematic: the music is in both channels, just louder to the right jump fx is right only However, other things are as they should. Example the fx played when choosing a character is front and centre with no issue. Any thoughts? Thanks.
English
#Help #gameplay #audio #Headset
Comentar Respuesta Abrir tema
Denunciar