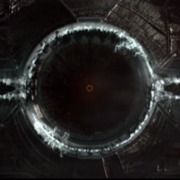 Any handcannon enthusiast playing on console can tell you, trying to compete with a 150 HC is abysmal. People point to bloom and recoil. The fear of people complaining about a broken OP Thorn has resulted in the weapon of legend being neutered before we even got it out the box. Thorn, however fun, is a middling weapon when it comes to Pvp. Thorn. It's almost perfectly balanced, but feels like it's being held back in part to leave others safely superior. It's not impossible to get kills with, but no one in their right mind would consider it a viable option in a competitive sense. Not with 180s, wavesplitters, Luna/nf, Ace, suros, you name it. The gun under performs unless shot at a slow interval that will often result in death from a gun that requires significantly less expertise to kill with. The nerfs to some pinnacles could help in this department, or you could make bloom less severe on console for 150 hc. Something the community has begged for, for quite some time. In the very least, let it behave more like the percision frame of a 180. It is the fabled guardian killer after all. In life and lore. A quality of life update, so its recoil pattern is more consistent. It should be an unruly, unwieldy, beast of a weapon with kick... But when paced out, it's behavior should be over all consistent and the pace shouldn't be so slow that it's stinted. I will take what is mine with void fire and blood. I WILL TAKE IT. We will take back what was stolen from me and destroy those who wronged us! We will lay waste to armies and burn the crucible to the ground!
English
#Rewards #PvP #destiny2 #Thorn #Balancing #Exotics
Comentar Respuesta Abrir tema
Denunciar