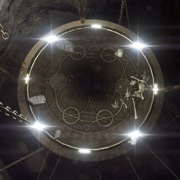 so the next 6 months are going to be hard for bungie and destiny. while i dont believe destiny is going anywhere, i do believe it will take a lot of hard hits regarding player base. some will leave, some will play both games, some will never leave etc. so im gonna give bungie my thoughts on how to weather the storm and try and make the game better for ALL OF US!! 1) you need to bring elements of destiny vanilla. now before everyone loses the mind please read what i have written(all of it)before commenting. the smartest thing luke smith ever did was make vanilla, it boosted the player base and kept casuals coming back. now we have a lot to do in the game we need to make it appealing for anyone who wants to play it. things like the infusion system, if you want to keep cores then take out another element say the planetary resources. then have eververse or xur or who ever sell cores for 500 units a piece. when doing the blind well or escalation protocol let petra or ana announce to all on the planet that its happening, that way people can go there and the people doing it dont get frustrated due to no one bieng there. destiny is a big enough game for smaller bounties etc and the hard core ones. people coming back or for the first time need a way to slowly get back in to it,but also feel like they are getting somewhere as well. a purpose will bring back alot. 2) eververse and the shop at bungie.net. these need serious overhauling. if your planning to keep eververse then offer more yes thats right more. make it worthwhile for people to buy. better shaders new sparrows and ships, more weapon catalysts, exotic bundles for example luna faction boots and huckleberry. some people dont want to grind for ever and this is simply a choice. you dont have to get them, it wont make it so you cant finish the game if you dont have them. even god rolled weapons will sell but make it worth the money if people want to pay. and the store please please please update the thing. if something out of stock remove it till you get more for example the art prints have been out for months now, same with the gambit necklace. dont make the shop set and forget 3)crucible matchmaking, i know your working on it but do this right or as best you can. a stack isnt a bad thing. just because a group gets together and communicates better and has a plan, doesnt make them terrible people. it makes them organised this is a community attitude that can change with your guidance and support. comp point distribution can be adjusted to a fairer amount even win or lose. someone shouldnt lose a few hours work in 3 matches. 4)the community as a whole should be your go to place. ive never understood why you go outside to reddit or others to hear us. after a long time you are now starting to listen and do something with the community. dont alienate the players for the streamers and top tiers etc. listen to ALL OF US. trust me when i say NO ONE wants to meet the devs team and play gambit with them. we want them to do thier job and create which brings me to 5) stop reskining and create create create. the loot pool is on the shallow end and needs a serious boost. technically black armory only gave 6 new weapons the rest are just recolored ones. make more and make them different , make them exciting, make people want to get back to the grind. you created a universe with lore that makes most Hollywood scripts cry like a baby, yet you cant design new guns and armour???? 6) release a statement about your past sins. right now every move you make is looking like a desperate plea for us to stay. you were quite for too long now your clutching at straws. release the statement acknowledging the past mistakes and then tell us that the new bungie is here to stay and not just cause you lost activision and anthem and a few other titles threaten to take the players away. the past is the past you made a few bad decisions, we all have now like us you have to own up and step forward. but dont you dare NOT MEAN IT. we the players have had our patience put to the test for a long time now. you wont get some back, but others will if you do the right thing
English
#feedback #Bungienet
Comentar Respuesta Abrir tema
Denunciar