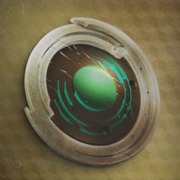 I love the concept of a Subclass, but I think there should be more subclasses and changes. When Forsaken came out we got a 3rd Three to all of the subclasses for all guardian classes which remade our super into a new one which I loved, i think instead of making new subclasses there should be instead more threes, grenades, abilities and jumps. I would also love to mix the Perks instead of being stuck with 4 in 1 three, like for example I love Blade Barrage (Way of a Thousand Cuts) but I prefer the single knife perk (Knife-Juggler) which gives you back the knife if you get a precision kill with it. Even tho I think there should be more new threes with different supers, perks, abilities etc. There should also be a new 4th Subclass with Taken Power, like Uldren Sov said "There is a thin line between Light & Darkness". In the new DLC thats coming out "Joker's Wild" which seems dedicated to the Drifter, who is known to be a little rogue. We should get a new 4th subclass that we get from a Primeval enemy that The Drifter has brought in that gives us a whole new power and makes us a little more rogue. A new 4th Subclass with the power of the Taken with new Super(s), abilities etc. I would love for a throwing blight for the hunter which when thrown can be detonated at the same button and when detonated you teleport to the blight's area. I would also as said love for more Threes and other things in the existing Sub Classes, like bringing the Blade Dancer back from Destiny 1 in a new Three for the Hunter's Arc Subclass. The Blade Dancer three could be called "Way of the Dancer" or some other fitting name. I think this would be an awesome change to the game and would give a more variety of options to choose from in Crucible & PvE. Also in Comp. etc. You should show up in at the score the logo for Blade Barrage when the user is using Blade Barrage instead of a Golden Gun icon, makes it easier to see which super the others have. These are just some thoughts of mine, gladly bump the idea if you agree and/or discuss your opinions of subclasses below.
English
#feedback #arc #Solar #void #taken #subclasses
Comentar Respuesta Abrir tema
Denunciar