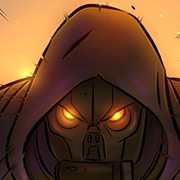 Hi guys, I know many people asked for a [b]photo mode[/b] in Destiny 2 but I also saw that Bungie couldn't do it because D2 doesn't have a "Pause" feature, which is fair as the traditional photo mode give the player a free mode where you can switch the camera and add a lot of other stuff, as we have on many games. As that's probably something really hard to do and probably will never happen, a middle of the road solution would be to offer something like a "[b]clean screenshot" feature[/b] / action that can be bind to a key (I play on PC) shortcut. What this will do is to actually just take a screenshot of whatever we are seeing on the screen but without the UI interface on it, and of course without interrupting the gameplay at all. It can also maybe have an option to check/uncheck on the settings if we want to show/hide the main weapon on first person. As an example a game that have this and works very well is Need For Speed: Payback, you just press a key while racing and it will save a screenshot on a folder without the U.I and with no impact on the game whatsoever. I hope someone at Bungie can see this and take a look if it would be possible, as this game is too beautiful to not having anything more user friendly to take clear UI screenshots like that. Thanks!
English
#feedback #screenshot #mode #photo #interface
Comentar Respuesta Abrir tema
Denunciar