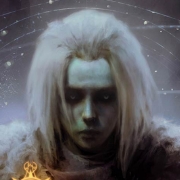 Get Your Shit Together!!

I have put up a literal A$S load of suggestions, and I know for a fact that not every person on this forum posts some stupid post about nerfing or how much love the want to express for your buns or how much they want to fall off a pier for wasting our time playing and forcing us to pay money we could have used to feed the poor, pay for college, or maybe just buy a stripper for more time of actual entertainment then destiny could ever provide due to your lack of competence and terrible business schemes. You want suggestions on how to improve your game, go flipping look at all the posts I have ever put up and then actually use them. I am sure that after an hour of just my posts clearly listing things to add and what not to add will be way better then trying to do research on your own, cause you don't even take the suggestions for the proper way to do that seriously. I would work for you but your too afraid I will shut down any game that would actually suck but still make you some money while also ruining your chances for future success. That's right anonymous reader, that's why I am on "the list", not because I just recently did a study on the community response or because I was turned down for a job again, but because in 2010 I shut down Halo Evolution, an MMO RPG version of halo...if you could call it that, as ensemble studios just modded WoW and faced a shitstorm when trying to fight Blizzard in court. That's right I saved your asses and I get a big flapping finger made of pencil shavings and coffee creamer. I am not mad cause you never respond to my posts, not mad because your inexperienced or have your hands tied by contracts your legal should have known straight away not to sign, or your even your general disgust towards your community in all of your actions. No, it's because you never try! You never try to fix your stupid games, you never finish any of them, and you never try to get closer to your customers. You talk a huge game, but you suck more dick then New York Pride did when gay marriage was made legal and bastardized almost 200 years of beliefs and law that had absolutely nothing to do with gay's getting married in the first place. All you supporters who are gonna hate on this post, know you have not done anything close to me so don't even try, and haters for the sake of it, get a life and actually do something worthy of respect cause you won't find it amongst your peers. I will likely make another post, maybe it will have a lot of wisdom in it like I do all the time, but honestly a good vent once in awhile is healthy. Even still, the first step to solving a problem is admitting there is a problem...your game is broken, your fans actually hate you and your product that you refuse to fix, you have no experience but refuse to get any, and your connection to the fans is sketchy and downright creepy. "Get your shit together, get all your shit in a backpack and if you need to take it somewhere, take it to the shit store and sell it or put it in a shit museum, I don't care what you do, you just have to get your shit together."
English
#feedback #rant #fixyourshit #getyourshittogether #NotSatire #stopthemadness #nomorefancyhatsforasshats
Comentar Respuesta Abrir tema
Denunciar