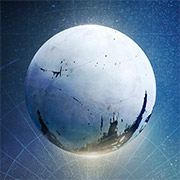 This game isn't perfect. It most likely never will be. I have an idea, that might help to make it better. One problem, that I seem to have, and I imagine a lot of people have, is that because the loot drops at a random level of attack or defense, there is no guarantee that your end game content will actually give you better gear. So, I have an idea that would be a good starting point to improve this situation. The gunsmith could sell a consumable item that would raise a weapon's attack level by five or ten, depending on how high it is already. If the weapon has an attack of less than 300, it will raise it by 10; greater than 300, and it will raise it by 5. This item would only be able to be bought once a week, one item per character, and they are type specific, ie primary, heavy, special, etc. However, this still is too simple, and would take some challenge out. The consumable would need to be charged by dismantling five legendaries of the corresponding type, heavy, primary, or special. Alternatively, you could dismantle two exotics. Additionally, you could only buy this item from the Gunsmith after you hit rank five. [spoiler]I think this could work for armor too.[/spoiler]
English
#feedback #Gunsmith #RNG #raidrewards
Comentar Respuesta Abrir tema
Denunciar