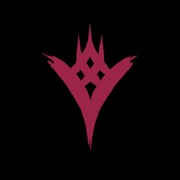 First off I will try NOT to make this a rant thread, as I am honestly wanting an answer from deej, bungie, someone as well as wanting to directly communicate my concern and possible fix. Let me start off by saying: I dont fully agree with all the business decision made with Destiny, however it is a beautiful game, and can be quite enjoyable; at its core I do love this game. Even if its love-hate at times Now down to my main problem, jolly holiday quest, more specifically last word crucible kills. One of the main reasons I pre-ordered TTK and woke up 4am for the release (my time) and spent 23 hours playing straight on day one was mostly due to wanting that sweet chaperone shotgun only to be de-railed by the first step. PvP quest bounty is not based on my ability to overcome the challenges, its based on how fast my internet is in comparison, whether or not im up against a rehearsed party/fireteam while im with randoms, or they are exponentially better at crucible than i, or most "importantly" how many cheating lag-switchers there are. There is such an easy solution, take out the death hurting progress section! Preferably in an immediate hot fix so i can finish and get my Chappy! Just make it 100 kills in crucible with the last word. Its extremely aggravating to start making progress on that quest only to point-blank 4 shot a cheater with the invective , hear/see their death then have them non-ability melee you from behind and one hit kill you when you have full health. I know its not only cheaters, but also something with either my xbox or internet or just a flaw in game. But I have noticed I seem to get killed easier than I can kill. Even being in a party with opposing team member, they were able to 3 shot me with hawkmoon, whereas I needed to 8 shot them with hawkmoon. Can we fix this? is there something on my end to fix?.... Or you guys could just pop a chaperone into my vault for all the headaches and we can call ourselves square! ;)
English
#feedback #PvP #pve #Deej #chaperonequest
Comentar Respuesta Abrir tema
Denunciar