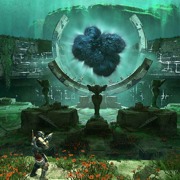 I'm an Xbox 360 Destiny player, and I was really excited when Bungie announced Destiny: The Taken King. I already have both The Dark Below and the House of Wolves expansions, so I was hoping I could preorder the Digital Download edition of TTK on my 360. However, when I looked on both Bungie.net and the Xbox Marketplace, it was not available for preordering on the Xbox 360, yet all of the other consoles could preorder the Digital Download. What's up Bungie?
English
#Help #Preorder #getyourshittogether #thetakenking
Comentar Respuesta Abrir tema
Denunciar