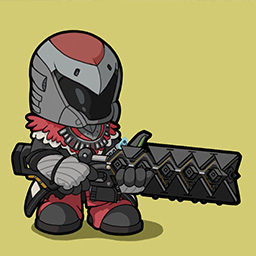 Bungie why nerf the fusion rifles?

In the exact same update that you mention that fusion rifles are underused you nerf them. Seriously why are you doing this? I know some people out there prefer the other two kinds of secondary weapons but some of us Bungie really like our fusion rifles. After I got my Mythoclast I tried my best to create the best secondary fusion rifle to get it and when I got my Eldar Cipher I skipped past the Lord of Wolves (which is getting a sweet buff next update) and grabbed for myself a Queenbreaker's bow (which could probably use a PvE buff). Now it seems like all those effects and time I spent on getting/reforging these weapons will all be in vain. Why couldn't you at least give fusion rifles a PvE buff so they could see some use? I feel really sad now and I wish I had made some different choices (like a Lord of Wolves instead of a weak fusion-sniper rifle that is basically getting nerfed soon). T_T
English
#feedback #Weapons #fusion #Bungie_why #Fusion_Rifle #queenbreaker #buff_fusion
Comentar Respuesta Abrir tema
Denunciar