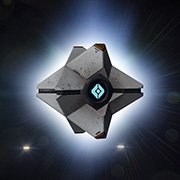 Are the new exotics UNDERPOWERED?

[b]The point of this post, is to suggest new changes to the house of wolves exotic bounty weapons.[/b] [u][b]NOTE: I have not used the dregs promise. Until I do, I will try my hardest to create no opinion or an unbiased opinion.[/b][/u] [u][b]I KNOW THIS IS A MASSIVE WALL OF TEXT BUT IM TOO LAZY TO EDIT :P[/b][/u] ------------------------------------------------------------------------------------------------------------------------------------------------------------------------------------------------------ In the new House of Wolves expansion, probably all of us have used or at least seen one of the new exotic bounty weapons. These weapons are: The Queenbreakers Bow, Dregs Promise, Lord of Wolves. With these weapons, are some problems. Having owned the Lord of Wolves, and the Queenbreakers Bow, I feel i am very fit to submit an valid opinion to bungie. In the comments below, [b]please refrain from submitting opinions about these weapons, if you have not even used them. what you see on YouTube is different than what its actually like.[/b] Let me start off with the lord of wolves (first off, i am fully aware that this weapon fires in 5 round bursts. but for easy explanation, i will consider these 5 rounds or 1 burst, to be "1 shot") The lord of wolves truly is a great looking weapon and very intimidating also to other guardians in the crucible. it [i]looks[/i] truly menacing. However, when you first hold the weapon you quickly realize that you have to lie to yourself, saying the weapon is better than it really is, to try and suppress the disappointment. The weapon, which is a shotgun, is able to 1shot guardians in the crucible at "normal" shotgun range. but the problem is, is that if i am in the crucible against another guardian who is using a traditional shotgun, i am going to lose the gunfight unless i get a jump on him first. the reason why, is because it takes me about a third to a half of a second to fire off my shot, while it only takes you a tenth of a second to fire off yours. both of our guns have the same 1 shot range. this makes the lord of wolves just simply underwhelming and very disappointing because the whole point of using a shotgun is to dispatch enemies at close range, quickly. But the weapon badly needs a buff. the weapon needs increased range so that it is able to outclass other shotguns. i mean, this weapon does come from a bounty that is difficult to obtain and lengthy to complete, and most importantly, you have to use your exotic slot to use it. this means that if the weapon is getting outclassed by legendaries, theres a problem. i propose that the weapons damage drop off not be so steep, that way you will increase the 1shot effectiveness of the gun, so it will be truly exotic. to counter this buff, it should receive a ammo nerf. changing the clip size from 30 to 25, and the extended mag from 39 to 35. (and MAYBE an ammo reserve nerf) Then, theres the fact that the exotic perk doesnt feel exotic. infact, it doesnt even feel like a perk. for a menacing and "deadly" weapon such as the lorn of wolves, it should get a menacing perk. take away the useless +3 recovery (which you wont even tell us how much that really is) and replace it with a sort of dot like thorn has, or make it to where kills with the gun increases damage dealt with it. (stacks up to 3 times) I mean your bungie, you pay people to think of stuff like this, my examples suck but youd figure it out. Then theres the queenbreakers bow. my changes to this weapon are simple. its a fusion rifle. fusion rifles have range just like shotties. i say the weapon should be able to body shot insta kill guardians in the crucible, at short range (maybe at or less than the effective range of your average shotgun) making this weapon an interesting gun to use. also, its target acquisition is one of the best ive seen and having a perk to make it even better seems unneeded. maybe make it to where when standing in place for a short time (slightly longer than the blade dancers time) you will go invisible. or make it to where precision kills with this weapon reduce charge time for a short time. again, figure it out. you guys let me know what you think, because being that these weapons are exotic, they DEFINITELY dont feel exotic and badly need a buff to put them in tier 1 or 2. again, i am not going to submit opinions about dregs promise because though i hear it sucks, i cannot say anything about it until i wield it myself.
English
#feedback #houseofwolves #Weapons #underpowered #LordofWolves #DregsPromise #queenbreakerbow
Comentar Respuesta Abrir tema
Denunciar