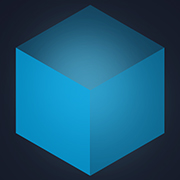 Why The F*ck Is She Ignoring Me? Need A Serious Advice!

Alright, so first I didn't like her, not hated her, but, had no feelings for her. And one day, she didn't come to school, and since I'm very nice with everyone, I asked her on Facebook why didn't she come, to check how she's doing. Then, on another day, of course on Facebook, we discussed about policy, till the conversation chained to other stuff. I felt like she's the one that understands me, I then, started to like her, she was helping me with many things, motivating me, and making me feel good. I would lie if I told you I like her as a friend only, I started flirting with a polite way, and she seemed to like it, she was even asked me to comment on her pictures and flirt there (No, she isn't that kind of a girl that sits on Facebook 24/7 and feels good when she gets a stupid "like"). But in school, she would act shy and not talk to me alot. Till one day, she was feeling bad, I talked to her, tried to make her feel good till she told me she isn't in a mood to talk to anyone, she apologized immediately as if she hurt my feelings, I told her it was okay and that she can talk to me whenever she feels better. A day later, she deleted me off Facebook, it was on a weekend, I was broken then, and wondered what happened. The day after, in school, I didn't want to talk to her because I was afraid of annoying her, but it surprised me that she started ignoring me and treating me like a stranger, she doesn't even say good morning anymore. Did I do anything wrong? Did I hurt her feelings by any meaning? I just feel sad now, and feel like I lost a great friend, should I add her back on Facebook, or should I talk to her in school? P.S: If there's a girl here that would explain to me what would she do if she were in the same situation of hers. Another P.S: I'm a good looking guy overall.
English
#Offtopic #girl #Advice #needed #Ignoring #whitegirlwasted
Comentar Respuesta Abrir tema
Denunciar